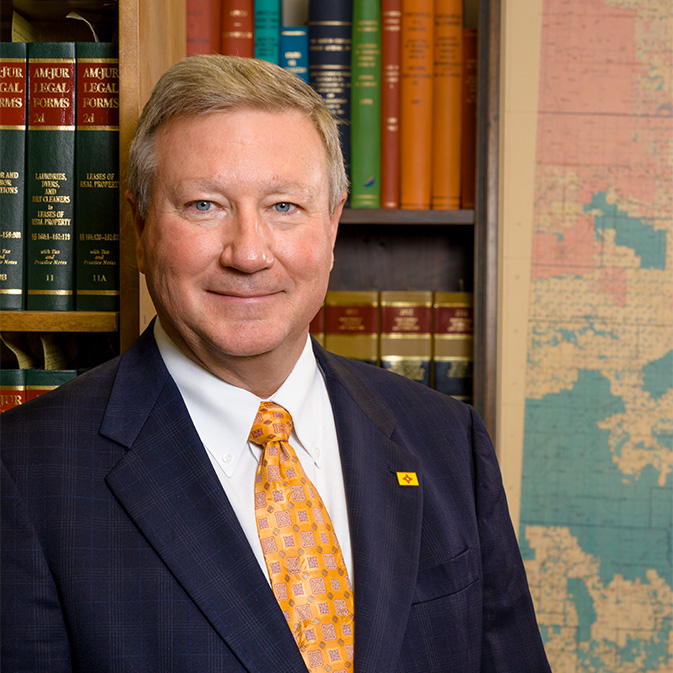 Gregory J. Nibert is a partner in the Roswell, New Mexico, office of Hinkle Shanor LLP, and is assigned to the firm’s Oil and Gas Department. Mr. Nibert’s practice is primarily limited to oil and gas law, focused on title examination.

Mr. Nibert is active in the community.  He serves in the New Mexico House of Representatives, representing District 59, Chaves and Lincoln Counties.  He is on the executive board of the Energy Council, representing the State of New Mexico.  Prior to being elected to the New Mexico House, Mr. Nibert served as a Chaves County Commissioner from 2007 to 2015, was President of the Roswell Chamber of Commerce for

2007-2008, served on the Roswell Chaves County Economic Development Corporation’s Executive Committee and was Chairman of the Chaves County Republican Party for 2001-2003.  He was also District Chairman of the Rio Hondo District, Conquistador Council, Boy Scouts of America from 1997 to 2004 and is an Assistant Scout Master for Troop 2 in Roswell.   He is a past member of the Roswell Independent School District Board of Education.  He is a member of the Roswell Kiwanis Club and is a past Lt. Governor and a Distinguished Past President.

Mr. Nibert is the annual update author of Chapter 18, “Unitization and Communitization,” of the Law of Federal Oil and Gas Leases and is chair of the Federal Oil and Gas Leasing Short Course of the Rocky Mountain Mineral Law Foundation (“RMMLF”). He has presented papers and speeches to a number of organizations on oil and gas law topics, including (RMMLF); American Association of Professional Landmen (“AAPL”); the State Bar of New Mexico Section of Natural Resources, Energy and Environmental Law; The University of Texas School of Law Oil, Gas & Mineral Law Institute; New Mexico Landmen’s Association; Tulsa Landmen’s Association; National Association of Division Order Analysts; Southwestern Association of Division Order Analysts; and the Houston Bar Association.

Mr. Nibert, T. Calder Ezzell, and Mona Binion prepared a paper titled “We Know What It says But How Does It Work, Practical Solutions to Tough Operational Questions Under the Form 2 Unit Operating Agreement” for the 54th Annual RMMLF Institute held in July, 2008. He has spoken at the Mineral Title Examination special institutes of RMMLF and presented a paper titled “Title Curve Balls Thrown by Units.”

Mr. Nibert was the Co-Chair of the Federal Onshore Oil and Gas Pooling and Unitization 2006 RMMLF special institute and presented a paper “The Impact of Unit Events on a Federal Oil and Gas Lease” and is a speaker at the RMMLF’s Federal Oil and Gas Leasing Short Course. An article jointly prepared by Mr. Nibert, George Snell, Tim Dowd, Tom Daily, John McDavid, and Richard Revels: “A Comparative Review of Oil and Gas Law in Texas, Oklahoma, Arkansas, New Mexico, Mississippi, and Louisiana” published in Landman, November/December 2002 by the AAPL, was selected as the Best AAPL Published Article at the AAPL annual meeting in June 2003.

Other papers for RMMLF special institutes include: “Communitization of Federal Lands: An Overview,” “Final Decisions and Appeal Procedures in Drainage Cases,” and “Non-Record Title Considerations.” His paper for the Center for American and International Law (formerly the Southwest Legal Foundation) Annual Institute on Oil and Gas Law in 2002 was “Federal Unitization: Onshore Oil and Gas Unit Agreements for Unproven Areas” 53 Inst. Oil & Gas L. 10 (2002).